The Doctrine Of Election 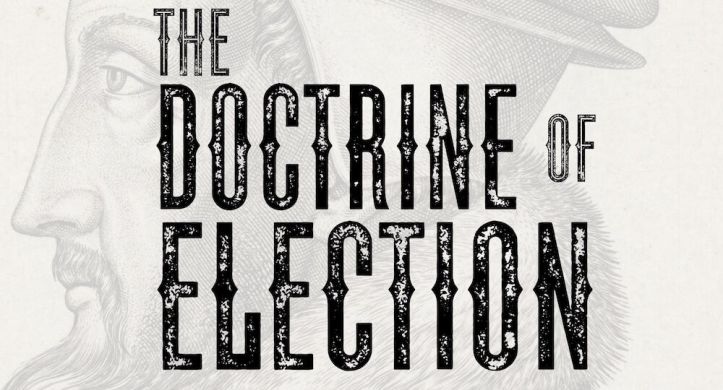 What is the Doctrine of Election? At some point in every Christian’s walk, you are bound to run into this. It can be from a pastor, a friend, a podcast, social media, a book, etc. When you first hear this term, I would bet that you are a little confused. What does election have to do with Christianity? Then when you hear what it means, the natural tendency is to reject it completely as nonsense and even evil. The Doctrine of Election has become a very touchy subject among The Church today. Some are all for it, or some are completely against it, there is no in between. It is often seen as unfair, mean, and even complete heresy. However, are all of these criticisms warranted? Is it actually, as some would describe, heresy? Or evil? To fully and truthfully answer these questions, we need to know what the Doctrine of Election actually is.

To start off, we need to define what the word election or elect means. The word elect comes from the greek word eklektos, which means to select or to choose. The word election specifically simply is the process of choosing or selecting. When we hear the term “election”, we usually think in terms of politics. Here in the United States, we the people elect those who are in power, whether it be the president, governor, senator, representative, etc. So in terms of Christianity, what does this mean? The Doctrine of Election refers to the belief that God chose who He was going to save before the foundation of the earth. Meaning, before He created us, before He created animals, before He created the sea, the land, the whole earth, the moon, the sun, the planets, the entire universe. Before He created Heaven and the angels, He knew every single individual who He was going to save through Jesus Christ. This is also known as predestination. The term predestined comes from the greek word proorizō, which means to predetermine or foreordain. How exactly does this process happen? How does this correspond with free will? Trust me, I had these questions too. Since God is the One who predestined certain individuals to be saved, it’s safe to say He does the work. Through the power of the Holy Spirit, He draws His elect to Himself, and draws them to full repentance and surrender. In other words, when it comes to salvation, contrary to popular belief, we don’t actually make the decision to follow Christ. With salvation, we don’t have free will here. God chose us, we didn’t choose Him.

“But Shawn, how can you say this? Does scripture actually support this doctrine, or is it made up?” Well to answer this question, let’s dive into scripture.

just as He chose us in Him before the foundation of the world, that we would be holy and blameless before Him. In love He predestined us to adoption as sons through Jesus Christ to Himself, according to the kind intention of His will, to the praise of the glory of His grace, which He freely bestowed on us in the Beloved.
— Ephesians 1:4-6 NASB

also we have obtained an inheritance, having been predestined according to His purpose who works all things after the counsel of His will,
— Ephesians 1:11 NASB

No one can come to Me unless the Father who sent Me draws him; and I will raise him up on the last day.
— John 6:44 NASB

All who dwell on the earth will worship him, everyone whose name has not been written from the foundation of the world in the book of life of the Lamb who has been slain.
— Revelation 13:8 NASB

So obviously, the Doctrine of Election is in fact Biblical. It is obvious from scripture, that God does in fact choose who He will save, and He knew those individuals before the foundation of the world. Despite it being Biblical, many Christians do not like this doctrine, some absolutely hate it. Some of the most common objections to the Doctrine of Election, is that it is unfair and cruel. “How can God choose to save some people but not others?” The problem with these objections is that it downplays the central problem humanity faces today. And trust me when I say this, if one truly knows the central problem, then you would know what happens in the aspect of fairness. Let me explain.

The central problem that faces humanity today is, of course, sin. From the fall of man in Genesis 3 to this day, we are plagued by sin. We were dead in sin. We are not righteous, we are not good. We are deceitful, wicked, depraved beings. In our sinful nature, we don’t seek after God or desire Him. We may desire some of the things of Him, but not Him.

Indeed, there is not a righteous man on earth who continually does good and who never sins.
— Ecclesiastes 7:20 NASB

for all have sinned and fall short of the glory of God,
— Romans 3:23 NASB

With this in mind, here’s exactly what would happen in a “fair” situation. In a “fair” situation, we would all be in hell for eternity. We all deserve eternal punishment. And God would be completely justified and right in doing that. But here’s the reality, it’s an act of grace and mercy for God to save anyone. So who are we to question who He saves or not? Who are we to question God period? We are depraved human beings, He is the Creator of the Universe, Perfectly Righteous, Perfectly Just, and Perfectly Holy.

“Where were you when I laid the foundation of the earth?
Tell Me, if you have understanding,
Who set its measurements? Since you know.
Or who stretched the line on it?
“On what were its bases sunk?
Or who laid its cornerstone,
When the morning stars sang together
And all the sons of God shouted for joy?
“Or who enclosed the sea with doors
When, bursting forth, it went out from the womb;
When I made a cloud its garment
And thick darkness its swaddling band,
And I placed boundaries on it
And set a bolt and doors,
And I said, ‘Thus far you shall come, but no farther;
And here shall your proud waves stop’?
— Job 38:4-11 NASB

God is justified in everything He does, whether we like it or not.

(Please let me know if I missed one)

As long as you believe in these core essential beliefs, you’re good. Secondary doctrines have no bearing on your salvation. As long as you truly repented and surrendered to Christ, you will receive eternal life. (John 3:14-18)

Calvinism and Reformed Theology gets a lot of flack from many Christians. I think this is because they misunderstand what they are. Again, it ultimately doesn’t matter to me if you are Calvinist/Reformed or not. For me personally though, it has brought great comfort and assurance. It is relieving knowing that I had nothing to do with salvation at all. Yes, I am Reformed, and yes I believe in these doctrines. For me personally, it has brought me closer to God than I have ever been since being saved. I find myself wanting to get into the Word, wanting to pray more, and wanting to learn more. And I have found that most people who get into Calvinism and Reformed Theology, have the same experience.